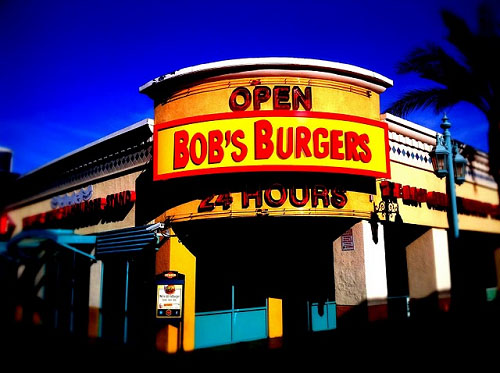 To promote Fox’s new animated series, four Fatburger locations were recently re-fitted with “Bob’s Burgers” signs. These temporary signs were part of a promotion by Fox and their advertising agency, Mile 9. Fatburger restaurants in Hollywood, Las Vegas, Chicago and New Jersey were chosen for the make-over, and CNP Sings & Graphics was picked to produce the signs and make the installations.

This isn’t the first time Fox has used reverse product placement. In 2007 Fox converted dozens of 7-Eleven stores into Kwik-E-Marts to promote the Simpsons Movie. For those of you unfamiliar with the Simpson’s world, the Kwik-E-Mart is a fictional convenience store featured on that show.