History Repeats Itself – A New Movie Marquee for a Classic Theater 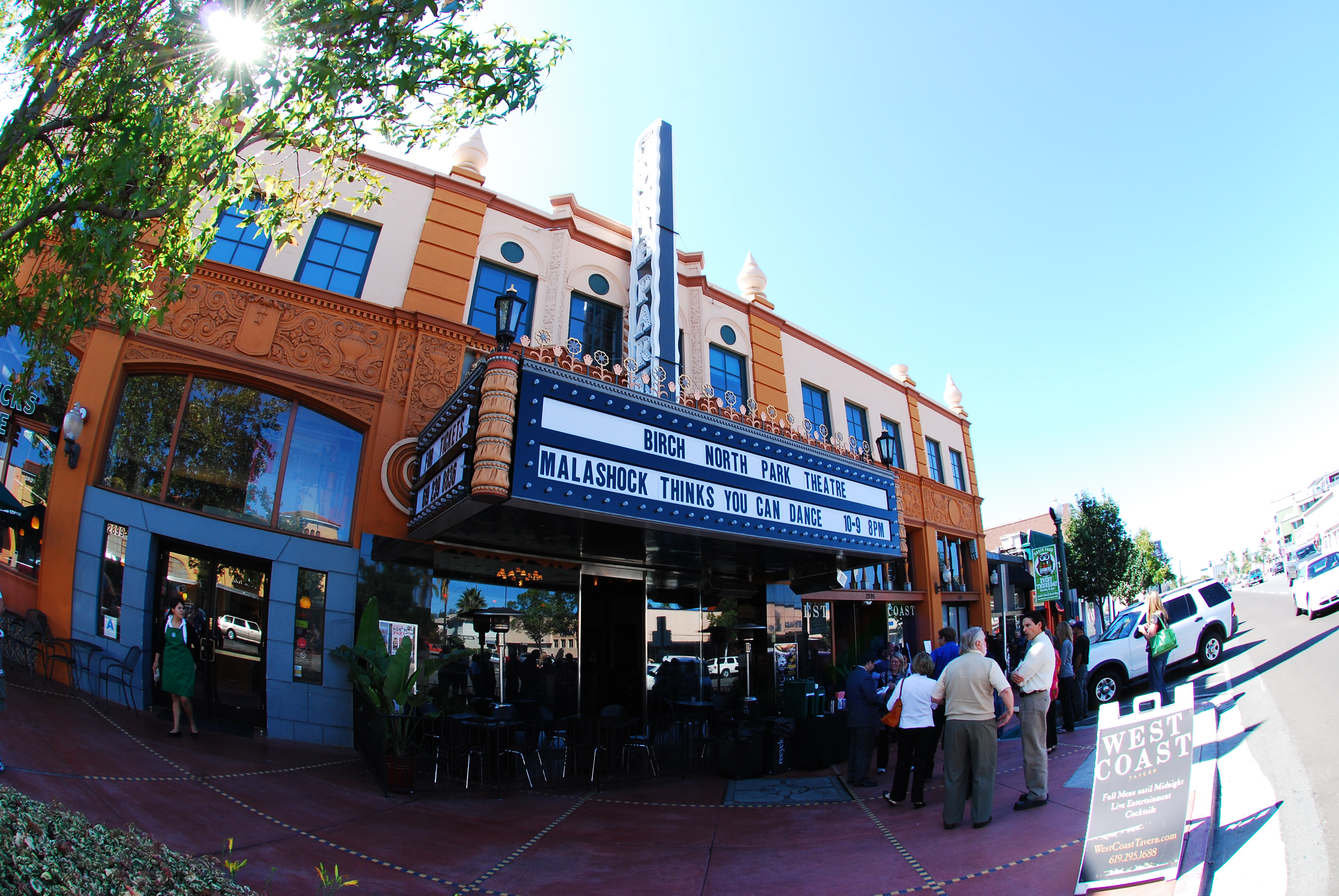 Popcorn did not cost $8.50 when the Birch North Park Theatre opened in 1928. You could not buy your tickets online. But if you gaze up at the vertical marquee sign illuminating the newly refurbished movie palace today, you’d need a keen eye to spot the differences to the original sign that was hung 82 years ago. 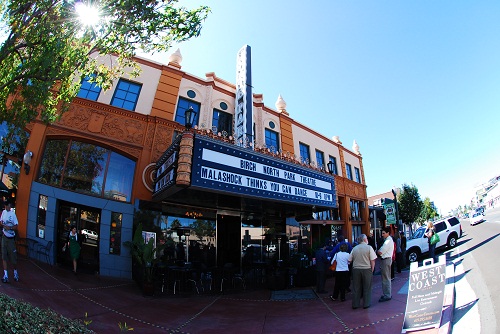 For one thing, the original sign was built from standard sheet metal. The new sign, built by CNP Signs & Graphics in San Diego, is made from aluminum, which in those days was reserved for more high-tech items – like Charles Lindbergh’s propeller on the Spirit of St. Louis. Standard sheet metal is prone to deterioration due to moisture. This is likely the reason the original sign was finally taken down.

Also new (and tough to spot from street level) is the paint used in the new construction. The new sign is painted with Linear Polyurethane paint, which was also not available in the 20’s. Both the aluminum structure and the paint utilized on the new sign will enable it remain in use for many years, basically maintenance free.

The new sign is also significantly safer. The transformer used to illuminate the neon on the West Coast lettering, is energy efficient as well as being much safer than those used in the twenties. 15,000 volts going to ground can really ruin an otherwise pleasant outing to the movies. The new, high-voltage transformer has integrated secondary ground fault protection. Should the high voltage accidently go to ground, the transformer will turn off automatically.

Manufacturing and installing a historic replica involves more than simply securing a building permit. Special permission for construction – verifying the sign was as close a replica as possible to the original sign – required compliance with the Secretary of Interior’s Standards for Reconstruction as well as approval by the San Diego Historic Review Board.

As a 71-year-old sign company run by the fourth generation owners, CNP Signs & Graphics was especially suited to undertake such a project.

“We understood the amount of pride and ownership the community places on this project. It’s not just a movie marquis. It represents heritage and civic pride” says Bob McCarter, Vice President of CNP Signs & Graphics.

“This sign identifies more than the North Park Theatre, it identifies the community of North Park; in that regard we had a responsibility to copy the original sign as closely as possible, while also integrating the latest and best materials for longevity, low maintenance and reduced energy consumption.”

The original sign was illuminated with incandescent light bulbs which were the only source of sign illumination along with neon in 1928. The Theatre operators wanted the new sign to be as energy efficient as possible. The neon units illuminating the neon lettering reading West Coast were energized by a highly efficient neon power supply. Additionally, the incandescent light bulbs (11watts in the perimeter and 7watts in the letters) were replaced with LED bulbs that cut energy use by more than 300%. In fact, the total energy savings in a year – assuming five hours of having the marquis lit each night – 365 days a year – would equal over 13 million watts of power. The savings on the Theatre’s energy bill is over $3,000.00 per year.

It’s true they don’t build them like they used to. Sometimes they build them better.