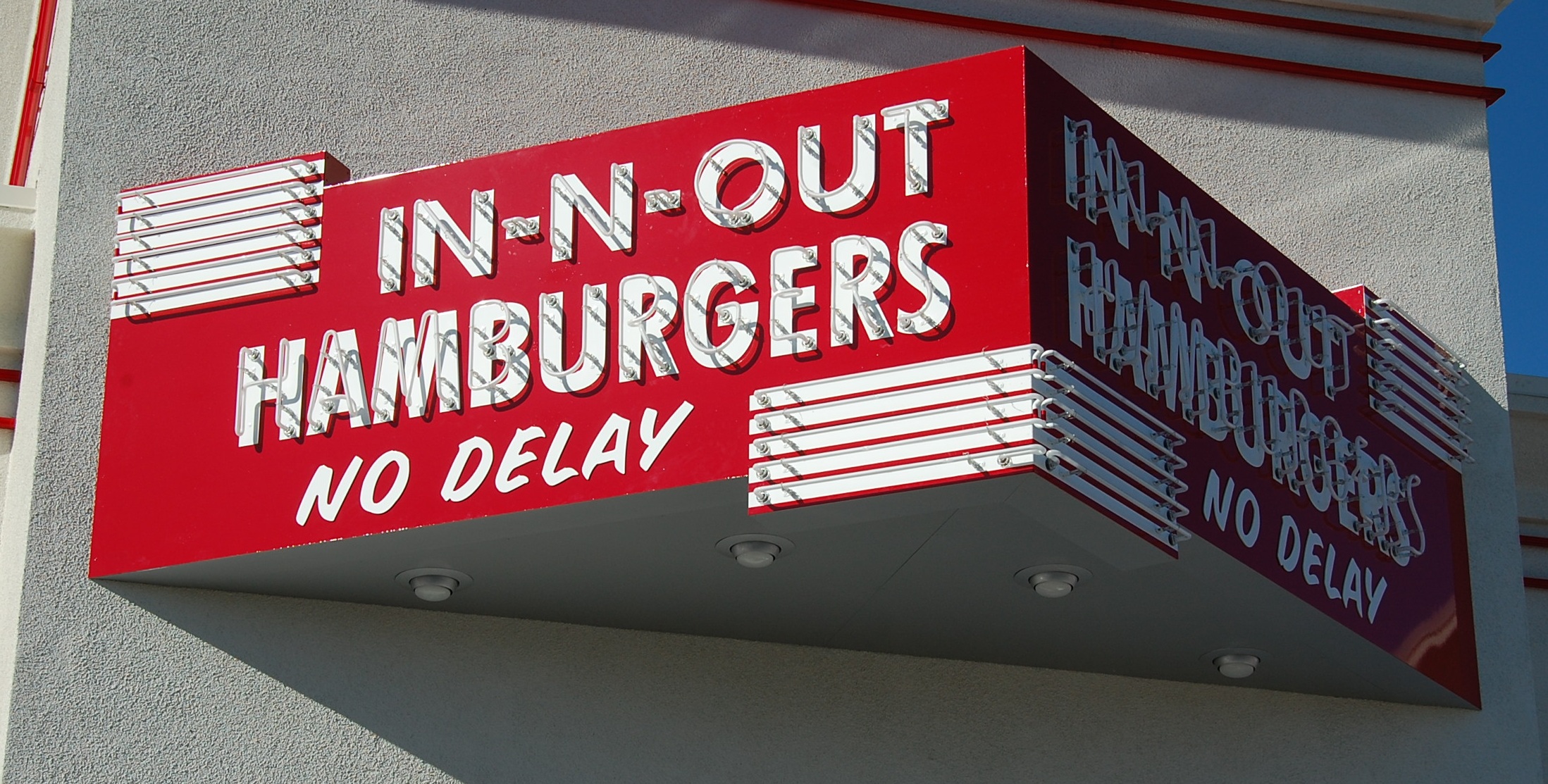 Near the beginning of famous Route 66 in San Bernardino in California is In-N-Out Burger #26. Because of the history of the road and the company, when it was time for new signs at this location, the hamburger company famous for their double-doubles and fresh cut fries went back to their beginnings for inspiration.

When In-N-Out started back in 1948 their signs were neon and read “In-N-Out No Delay”. Today with the help of 70-year-old sign company CNP Signs & Graphics, In-N-Out #26 is decked out in signage befitting the golden age of the automobile out there on Route 66.

In order to achieve the authentic look of early In-N-Out signage, CNP designers went to their corporate headquarters in Baldwin Park where early examples of their signs and pictures of their locations are displayed. Armed with hundreds of pictures of the old illuminated signs, the CNP art department settled on a modified marquee sign (a triangular sign that shows two faces off the side of the building) as their centerpiece.

Keeping the original concept of the In-N-Out signs, the new sign has kept not only the early lettering design but also the exposed green neon lettering that reads “No Delay”. Three other signs were also developed incorporating design elements from the early company signs. However, when the designs called for exposed bulbs (think Las Vegas strip in the 60s) a new product was substituted. The design displays the older style brilliance and sparkling light, but the lights themselves are LEDs that dazzle while using less energy and lasting far longer than the old incandescent bulbs ever could.

In-N-Out executives took the design of restaurant #26 down on Route 66 a step further by carrying the vintage theme to the awnings and wall signs as well as the primary signage. The results are consistently retro, but also recognizable as part of the current design theme of signs across all properties. Because of the company’s love for nostalgia, there may be more vintage signs in their future.

So keep your hands on the wheel and your eyes on the road. And if you find yourself on Route 66 you might want to keep your eyes open for those neon signs twinkling in the twilight. Pull on in for a hamburger served with “No Delay”.