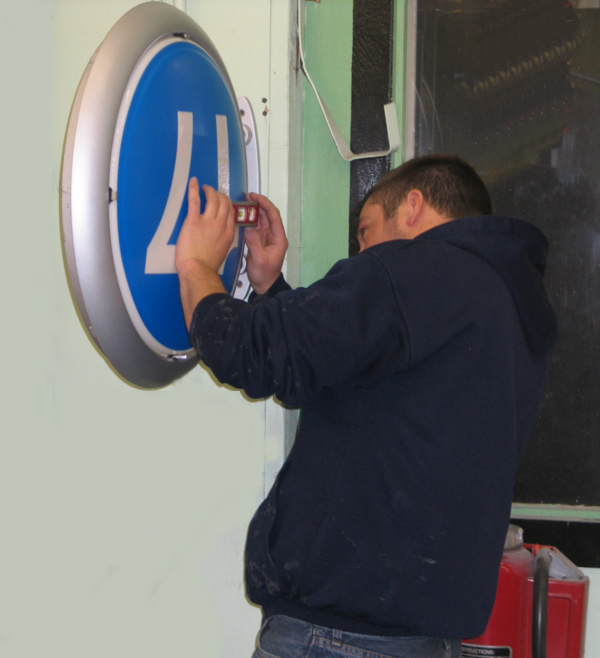 As the transportation needs of the nation’s largest cities continues to expand, their public works projects get bigger and bigger. Over the years, CNP Signs & Graphics has shown itself able to take on these large-scale projects [ie. signage for Los Angeles International Airport (LAX) and San Diego International (SAN)]. Today we are positioned for even bigger projects.

Large projects such as LAX and LA Metro (Blue Line) oftentimes require their subcontractors (including sign companies) to have specifically trained and certified work forces. For instance, LAX required background checks to allow installers to work in CBP sensitive areas. The LA Metro project required extensive training for working on/around live trains. Having workers who have gone through this process and are familiar is a big advantage as the learning curve is not quite as steep.

While there are a few large scale sign companies in the US, there aren’t many here in California. CNP Signs & Graphics has a highly-skilled work force large enough to handle the scope of signage the largest public works projects often demand. Smaller companies simply don’t have the production capabilities to quickly and effectively produce the sheer volume of signs in the time allotted. Of course, manpower isn’t the only factor. Our experience in the industry is first and foremost. Having been in business since 1939 (and owned by the same family), we’ve been building signs for over 70 years now.

In the past, CNP has been awarded a lot of the custom projects from local design firms. These were comprised, for the most part, of smaller projects (businesses, parks, smaller public spaces like hospitals, etc.). However, over the past 15 years as we’ve completed much larger projects, we’ve started garnering attention from the elite contractors. National firms (such as McCarthy, Kiewit/Sundt and Walsh/Austin) now seek out companies with special skill, capabilities and experience such as CNP to complete their project signage.